In this article we’ll discuss:

The editorial goal for REMEDIGAP is to help you make educated decisions on your healthcare needs. While many of our posts may display links to lead forms, this will not influence the content of our writing. We implement strict editorial standards so that we can provide you accurate information.

Medicare Part D is the United States federal drug benefit program.  Part D is designed to help anyone on Medicare with their drug coverage. 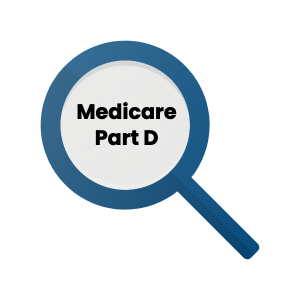 who is eligible for medicare part d?

There are no exams that are required to qualify for Part D. You can’t be denied coverage because of preexisting conditions or if you already use prescription drugs.

how do i get medicare part d?

Part D plans are sold through private insurance companies. These insurers have contracts with the federal government which allows them to sell their drug plans to consumers like you. Part D plans are not sold by the government. How do you find the right Part D plan? You can use a broker or go directly to Medicare.gov.

can you sign up for medicare part d anytime?

Most people should sign up for their Part D when they are eligible to enroll in Original Medicare. You are only allowed to sign up for Part D during specific enrollment periods.

These enrollment periods include:

how much does medicare part d cost?

The price that you’ll ultimately pay will often depend on your medications and what stage you’re in.

You may end up paying a different price for the exact same medication depending on the phase of coverage that you’re in during the year.

Some drug plans have a deductible. If so, you’ll pay the full price for your medications until your deductible amount is satisfied. Your price boils down to what your plan has negotiated with the drug manufacturer. This full price may be lower than what you would have to pay retail at your pharmacy.

This refers to your share of drug costs for each prescription that is either a percentage or a flat copayment. The majority of Part D plans have several tiers of copays. These copays increase in cost from the cheapest generic drugs to preferred and non-preferred brandname drugs and finally to higher-cost specialty drugs.

The coverage gap (frequently called The Medicare Donut hole) is the gap inside of your Medicare Part D drug plan. It’s the time when your Part D drug costs can be more expensive than they were before you reaching the coverage gap (donut hole). During this phase, the drug manufacturer covers 75% of the cost of your medications, and you are responsible for the remaining amount.

Medicare Part D is not mandatory. However, signing up will depend on your specific circumstances. Some people have creditable drug coverage from their retiree insurance or employer. For those people, they won't have to enroll in a Part D Plan until they lose that coverage. Another situation is with people who are already enrolled in specific low-income assistance programs. They may get enrolled automatically with a Medicare drug plan. They may also receive extra financial assistance that can pay for their medications.

You can change to a new Medicare Part D drug plan by signing up for another drug plan during one of these times.

If you delay signing up for a Medicare Part D plan you may end up paying a penalty when you begin your plan. This penalty will stay and remain as long as you have Part D drug coverage.

how to cancel medicare part d?

We know that Medicare can be confusing.  We also know that everyone's situation is different. That's why we're here to help. Schedule your free consultation now!

Hi, I'm Michael, the cofounder and editor of REMEDIGAP - a website devoted to Medicare education. As a licensed independent insurance broker in 47 states, we help thousands of Americans understand their Medicare options.
All Posts »
Don't Overpay For A Medigap Plan!
Compare rates to find how much you may save!

Getting Started with Medicare

Have questions? I'm here to help you.

Find your local plans even faster. 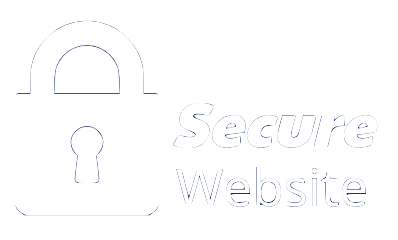 REMEDIGAP is the easiest way to compare and buy Medicare Supplement insurance. Find the most affordable plans for you today!

No part of this website may be copied, published, faxed, mailed, or distributed in any manner without prior written consent from the website owner.

Disclaimer: We do not offer every plan available in your area. Any information we provide is limited to those plans we do offer in your area. Please contact Medicare.gov or 1-800-MEDICARE to get information on all of your options. Medicare has neither reviewed nor endorsed this information. Not connected with or endorsed by the United States government or the federal Medicare program.

While we have done our best to ensure all rates shown are accurate, human error is possible. In the rare event of a pricing mistake, the carrier’s rates will always supersede whatever price appears on our website.

Under no circumstances will REMEDIGAP share or sell your information with a third party without your consent.

Don’t forget your FREE Guide to Medicare delivered straight to your email inbox!

Get our FREE Guide to 2022 Medicare Coverage delivered straight to your inbox. 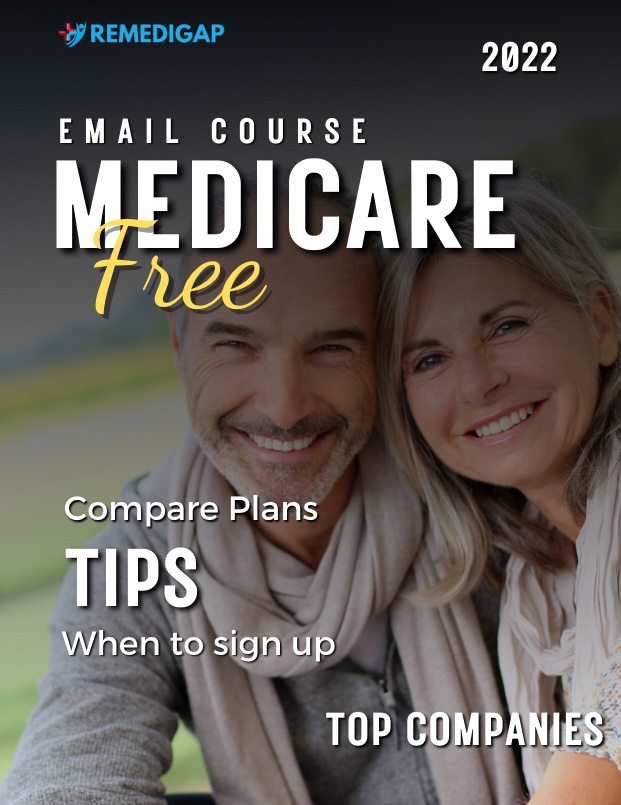